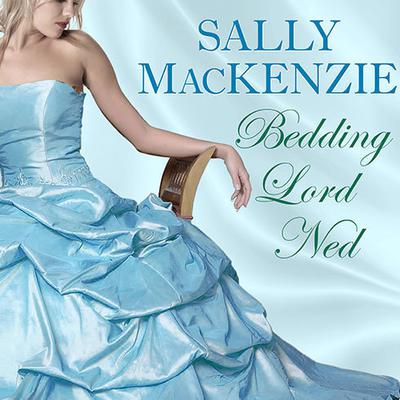 The Duchess of Love Series: Book 1

Determined to find a husband, Miss Eleanor "Nell" Bowman attends a ball put on by the Duchess of Greycliffe, fondly referred to as the Duchess of Love. But she roundly dismisses the suitors the matchmaking hostess has invited on her behalf. For it's the duchess' dashing son Ned, Lord Edward, who long ago captured Nell's heart—and roused her desire. All it takes is a pair of conveniently misplaced silky red bloomers to set the handsome widower's gaze on this unusual girl who is clearly more than meets the eye . . . After more than a year of mourning, Ned longs to finally start anew. At first glance, the birthday ball his mother has thrown in his honour is decidedly lacking in suitable mistresses. But he senses something unexpectedly alluring beneath the veil of Nell's plain exterior—something she's anxious to reveal, and the lonely Lord is incapable of denying . . .

Sally MacKenzie is the USA Today bestselling author of Regency romance novels, including the Naked Nobility series and the Duchess of Love series. The Naked King, the seventh book in the Naked Nobility series, was named one of ALA Booklist’s top ten romances for 2011. MacKenzie graduated from the University of Notre Dame in the first class of women.