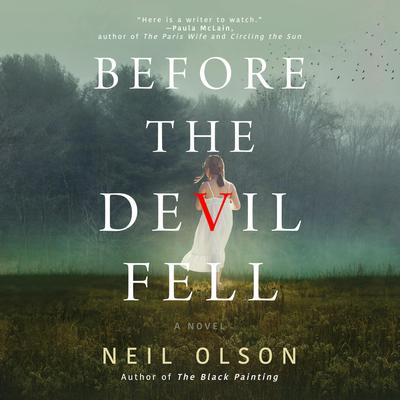 Before the Devil Fell: A Novel

A novel of psychological suspense in a small New England town where mysterious deaths among seven families reveals the history of witchcraft that binds them together.

Will Connor returns to his hometown, a village north of Boston, to care for his injured mother. He’s kept his distance from the town since high school, but once home he finds himself reexamining a horrific incident that took place during one of his mother’s “spirit circles.” His mother had embraced the hippie generation’s fascination with New Age and the arcane, but the unexpected death of a close friend put an end to the meetings of the modern-day coven.

As Will looks deeper into his family’s history he discovers that her practices weren’t so much a passing fad but the latest link in a long tradition of New England witchcraft, which still seems to hold a strange power over the town. Will hopes that unearthing the facts about the death will put his questions to rest, but there are those willing to resort to violence to keep those secrets buried.

“A complex tale that is at once a riveting psychological thriller, a serious dissection of a dysfunctional family and an exploration of the power of art to change lives.” —Associated Press
“Here is a writer to watch.” —Paula McLain, author of The Paris Wife
“A suspenseful, atmospheric, and eerie tale of small-town secrets and a dangerous bond that links families through the centuries.” —Megan Chance, author of A Drop of Ink

Neil Olson is the author of The Icon, a novel of art theft and family intrigue, and the play Dealers. The grandson of Greek immigrants, he works in the publishing industry and lives in New York City with his wife.