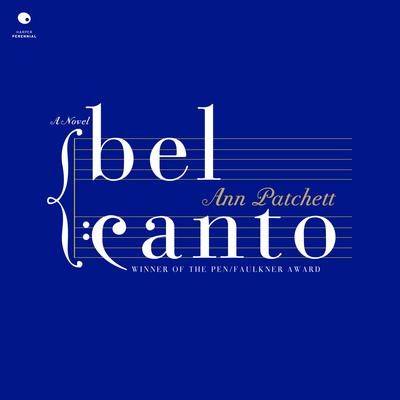 Winner of the 2002 PEN/Faulkner Award for Fiction

Winner of the 2002 Orange Prize for Fiction

An Amazon Best Books of the Year selection

“Bel Canto…should be on the list of every literate music lover. The story is riveting, the participants breathe and feel and are alive, and throughout this elegantly-told novel, music pours forth so splendidly that the reader hears it and is overwhelmed by its beauty.” —Lloyd Moss, WXQR

Ann Patchett’s award winning, New York Times bestselling Bel Canto balances themes of love and crisis as disparate characters learn that music is their only common language. As in Patchett’s other novels, including Truth & Beauty and The Magician’s Assistant, the author’s lyrical prose and lucid imagination make Bel Canto a captivating story of strength and frailty, love and imprisonment, and an inspiring tale of transcendent romance.

“Mixing art and politics can have unexpected results, but rarely are they so poignant…Anna Fields offers up each moment, each character slowly and deliberately, taking time to savor every subtlety. Her performance is the essence of bel canto, easy, pure of tone, with an agile, precise vocal technique.” —AudioFile
“Patchett doing what she does best—What gives this novel its power is Patchett’s flair for sketching the subtleties of her characters’ behavior.”  —New York Times Book Review
“Elegantly alluring…A novel that begins with a kiss and absolutely deserves one.”  —New York Times
“The most romantic novel in years. A strange, terrific, spellcasting story.”  —San Francisco Chronicle
“Patchett’s tragicomic novel—a fantasia of guns and Puccini and Red Cross negotiations—invokes the glorious, unreliable promises of art, politics, and love.”  —New Yorker
“Bel Canto invites readers to explore new and unfamiliar territory, to take some emotional risks rather than stand with Rolland among those already saved.’” —Chicago Tribune
“Bel Canto moves elegantly through its paces, captors and captivates alike stumble on that most elusive liberty: the freedom to be.”  —New York Daily News
“Turning a traumatic experience into a remarkable study in humanity, a famous opera singer—and a bunch of other well-to-do businessmen and government officials from around the world—find themselves held hostage in the Japanese embassy in Peru after a botched kidnapping attempt. (Based on the real-life Japanese embassy hostage crisis between 1996–1997.) As months dwindle, many friendships and romances begin to form despite the language barriers, even between the hostages and the terrorists. —Vulture

Ann Patchett is the author of eight novels, four works of nonfiction, and two children’s books. Several of her books have been New York Times bestsellers, with Commonwealth reaching the #1 spot on the New York Times bestsellers list. She has been the recipient of numerous awards, including the PEN/Faulkner Award, the Women’s Prize in the UK, and the Book Sense Book of the Year, and The Dutch House was a finalist for the Pulitzer Prize. Time magazine named her one of the 100 Most Influential People in the World. She lives in Nashville, Tennessee, where she is the co-owner of Parnassus Books.