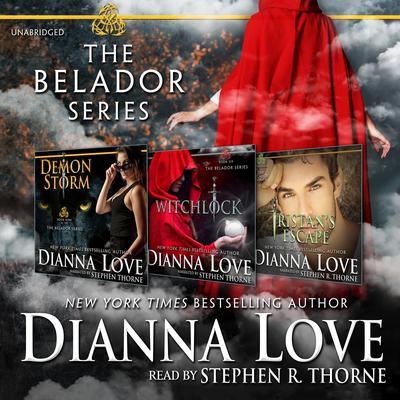 Enter the unique universe of the bestselling Belador series where Atlanta’s supernatural underworld is in a deadly power struggle and human lives dangle precariously in the middle of it all.

With Treoir Island in shambles after a Medb attack that left the survival of the missing Belador warrior queen in question and Belador powers compromised, there is one hope for her return and their future—Evalle Kincaid. Evalle must go up against impossible odds to save Storm, and the Beladors, or watch the future of mankind fall to deadly preternatural predators.

An influx of demons and dark witches into Atlanta threatens to unleash war between covens, pitting allies against each other as a legendary majik known as Witchlock invades the city and attacks powerful beings. Evalle has one hope for stopping the invasion, but the cost may be her sanity and having to choose which friend to save.

When Elaine “Mac” Mackenzie steps between him and a powerful sorcerer with a deadly agenda, Tristan must make a terrible choice. If he exposes his preternatural abilities in the human world, he’ll forfeit his freedom forever. Saving Mac may destroy his world, but once he has her back in his arms, no one else is going to touch her.

“Meticulous plotting and thorough world-building add up to a whole lot of interesting characters.” —RT Book Reviews on Blood Trinity