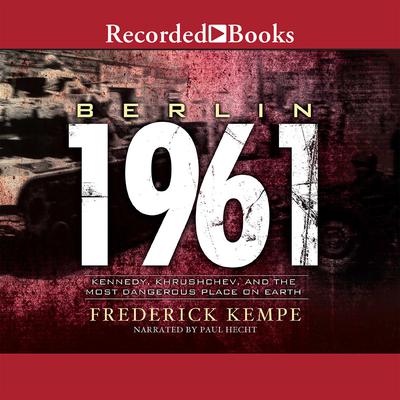 Berlin 1961: Kennedy, Khrushchev, and the Most Dangerous Place on Earth

A former Wall Street Journal editor and the current president and CEO of the Atlantic Council, Frederick Kempe draws on recently released documents and personal interviews to re-create the powder keg that was 1961 Berlin. In Cold War Berlin, the United States and the Soviet Union stand nose to nose, with the possibility of nuclear war just one misstep away.

Frederick Kempe is president and CEO of the Atlantic Council, a foreign policy think tank and public policy group based in Washington, DC. He is an award-winning journalist, a New York Times bestselling author, and a regular commentator on television and radio programs in Europe and the United States. He spent almost thirty years with the Wall Street Journal as a columnist and assistant managing editor; he also served as Wall Street Journal Europe’s editor and associate publisher for seven years. During his time as an editor, Kempe won many distinguished awards and honors, including the Harold Wincott Award for UK Business Journal of the Year, the Media Tenor Award, and two Pulitzer Prizes won collectively with his news team. He holds a master’s degree from Columbia University and is also a graduate of the University of Utah. He has received a number of honorary doctorates from universities around the world and is currently a fellow at Oxford University’s Said School of Business. Kempe also serves on a number of boards of directors, including the American Institute for Contemporary German Studies at Johns Hopkins University and the Transatlantic Policy Network. Currently, he lives with his wife and their daughter in Washington, DC.