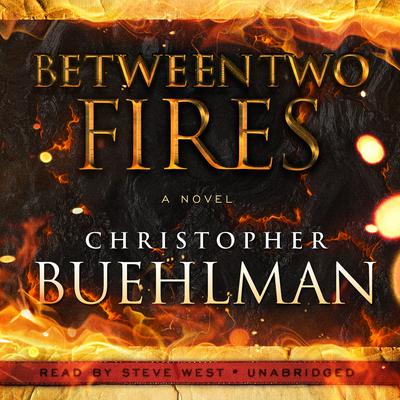 His extraordinary debut, Those across the River, was hailed as "genre-bending Southern horror" (California Literary Review) and "graceful [and] horrific" (Patricia Briggs). Now Christopher Buehlman invites readers into an even darker age—one of temptation and corruption, of war in heaven and of hell on earth.

And Lucifer said, "Let us rise against Him now in all our numbers, and pull the walls of heaven down…"

The year is 1348. Thomas, a disgraced knight, has found a young girl alone in a dead Norman village. An orphan of the Black Death, and an almost unnerving picture of innocence, she tells Thomas that plague is only part of a larger cataclysm—that the fallen angels under Lucifer are rising in a second war on heaven, and that the world of men has fallen behind the lines of conflict.

Is it delirium or is it faith? She believes she has seen the angels of God. She believes the righteous dead speak to her in dreams. And now she has convinced the faithless Thomas to shepherd her across a depraved landscape to Avignon. There, she tells Thomas, she will fulfill her mission: to confront the evil that has devastated the earth and to restore to this betrayed, murderous knight the nobility and hope of salvation he long abandoned.

As hell unleashes its wrath, and as the true nature of the girl is revealed, Thomas will find himself on a macabre battleground of angels, demons, saints, and the risen dead—and in the midst of a desperate struggle for nothing less than the soul of man.

“Cormac McCarthy’s The Road meets Chaucer’s Canterbury Tales in this frightful medieval epic…An author to watch, Buehlman is now two for two in delivering eerie, offbeat novels with admirable literary skill.” —Kirkus Reviews
“Having made a huge bloody splash with Those across the River, Buehlman returns with a book set in 1348 Europe…It’s intriguing that Buehlman has leapt so far from the mid-century Southern setting of his first novel, just as intriguing that he’s also an award-winning poet. Expect demand.” —Library Journal