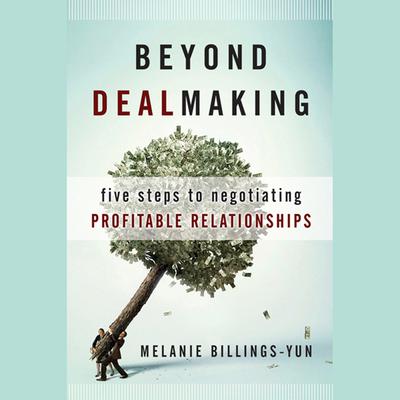 Getting to yes is not the same as getting results. The business landscape of the 21st century has fundamentally changed. As our choice of suppliers, markets, employers, and partners has proliferated, businesses can no longer stay on top by negotiating short-term victories. Nor can any organization hope to navigate this complex economy by pursuing an endless cycle of zero-sum transactions. The key to winning unbeatable, long-term results is to negotiate solid long-term relationships. Until now, even the most enlightened negotiation books have focused on the signed agreement as their ultimate goal. But yes is often the easiest place to get. The other party will say yes to be polite or to make you go away when they feel cornered by forceful analytical arguments. The difficulty is in getting those same people to carry out their promise, fully, willingly and consistently. In short, unless you have built a mutually satisfying relationship you may never move beyond yes. Traditionally, negotiation has been approached as an isolated activity, separate from the business relationship or even from implementation. However, businesses that focus only on getting the deal often find their victory doesnt translate into profits. In two decades as an international negotiator and mediator, Melanie Billings-Yun, Ph.D. has seen hundreds of disputes arise and deals collapse because the negotiation process left a bitter taste in one partys mouth, because one side felt forced or tricked into unfair terms, or because those terms were too rigid to cope with the changes that inevitably occur. From that extensive experience she developed a model of relationship negotiation that has already won thousands of adherents around the world. The GRASP method has five clear steps: Understand the Goals of all parties, beyond the immediate deal. Develop Routes to maximize mutual benefit and promote synergy among the parties. Build openness, trust and common understanding through valid Arguments. Benchmark Substitutes to keep relationships from growing stale or one-sided. Increase your Persuasion through empathetic communication and genuine care. Through narrative lessons and stories, readers will learn how fairness, honesty, empathy, flexibility and mutual problem-solving will take them out of the punishing transactional grind and enable them to achieve sustainable success. By following the simple but powerful five-step GRASP negotiation process and drawing on the lessons at the end of each chapter, readers will find that negotiation becomes positive, exciting and rewarding instead of painful and punishing. Most important, they will see how they personally can profit from the central lesson of the 20th century: the greatest victories come not through fighting battles, but through building alliances.