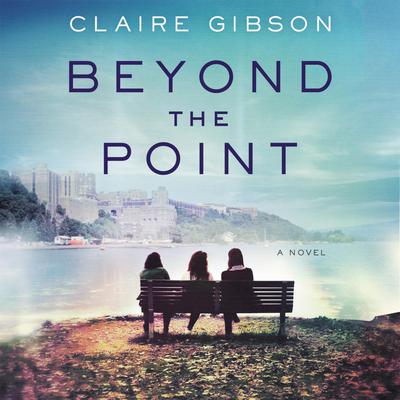 Beyond the Point: A Novel

In this powerful debut novel set at the U.S. Military Academy at West Point, three women—a nationally-ranked point guard, the granddaughter of an Army general, and a rebellious Homecoming Queen—are brought together in an enthralling story of friendship, heartbreak, and resilience.

Duty. Honor. Country. That’s West Point’s motto, and every cadet who passes through its stone gates vows to live it. But on the eve of 9/11, as Dani, Hannah and Avery face four grueling years ahead, they realize they’ll only survive if they do it together.

Everyone knows Dani is going places. With athletic talent and a brilliant mind, she navigates West Point’s predominantly male environment with wit and confidence, breaking stereotypes and embracing new friends.

Hannah’s grandfather, a legendary Army general, offers a stark warning about the dangers that lie ahead, but she moves forward anyway, letting faith guide her path. When she meets her soul mate at West Point, the future looks perfect, just as planned.

Wild child Avery moves fast and doesn’t mind breaking a few rules (and hearts) along the way. But she can’t outpace her self-doubt, and the harder she tries, the further it leads her down a treacherous path.

The world—of business, of love, and of war—awaits Dani, Hannah, and Avery beyond the gates of West Point. These three women know that what doesn’t kill you makes you stronger. But soon, that adage no longer rings true—for their future, or their friendship. As they’re pulled in different directions, will their hard-forged bond prevail or shatter?

Beyond the Point is a heartfelt look at how our closest friends can become our fiercest battle buddies. After all, the greatest battles we fight rarely require a uniform.

“This heartening and heartbreaking story is an ode to the strength of friendship.” —Publishers Weekly
“While the focus is solidly on each of the women’s coming of age in the unique environment of the US military, deeper themes, such as racism, sexism, and sexual assault, are also explored. Readers of women’s fiction will appreciate the strength and determination of the trio, as well as the insider’s view of West Point culture.” —Booklist