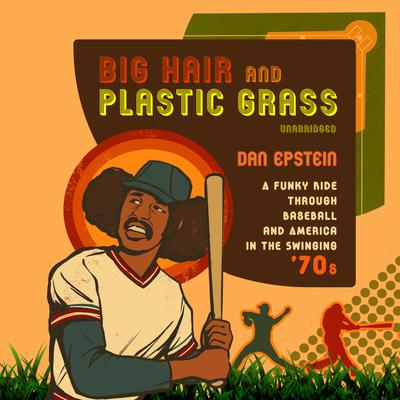 Big Hair and Plastic Grass: A Funky Ride through Baseball and America in the Swinging ’70s

The Bronx Is Burning meets Chuck Klosterman in this wild pop-culture history of baseball’s most colorful and controversial decade.

For the millions of fans who grew up during this time, and especially those who cared just as much about Oscar Gamble’s afro as they did about his average, Big Hair and Plastic Grass serves up a delicious, Technicolor trip down memory lane.

“Baseball fans and non-fans alike will revel in this loving look at a long-gone era.” —Kirkus Reviews
“Epstein is a thorough researcher, a devoted fan of the game, and an entertaining writer.” —Publishers Weekly

Dan Epstein has written for Rolling Stone, MOJO, the Los Angeles Times, USA Today, Time Out, and dozens of other print and online outlets. He has worked as a producer at VH-1, an editor at Revolver magazine, and is also the author of Stars and Strikes: Baseball and America in the Bicentennial Summer of ’76.