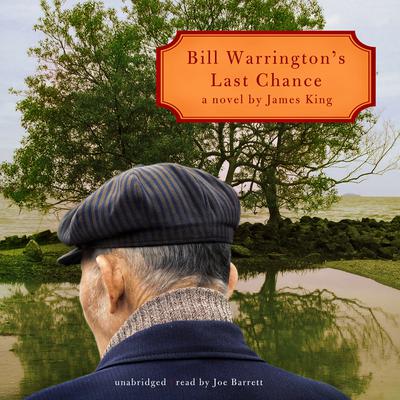 This insightful novel follows Bill Warrington, an elderly Korean War veteran and widower, on his quest to reconcile with his three grown children before he succumbs to Alzheimer’s. When his fifteen-year-old granddaughter, April, runs away from home, Bill obliges her wish to drive from Ohio to San Francisco, where she hopes to become a rock singer. As the unlikely pair head west, he leaves clues intended to force April’s mother and uncles to overcome their grievances and mutual distrust and work together to find them. A rich multigenerational saga, Bill Warrington’s Last Chance soars with humor, compassion, and unflinching insight into the pain and joy of all family life, while the promise of a new generation shines bright against the ravages of aging in a man who does not go gently…anywhere.

“Perhaps one of the best things you can say about a novel is that the story lingers after you finish it. I have gone on thinking about this one without trying.” —Sue Monk Kidd, New York Times bestselling author
“My sympathies were engaged throughout and I was invested in the outcome. As far as I’m concerned, this is what reading is about and what a good book is supposed to do.” —Sue Grafton
“James King’s debut novel is a mature, nuanced, and insightful story; a family drama that will resonate with so many readers.” —Tim McCall, Penguin’s vice president of online sales and marketing
“Everything about this novel is sharp—the angular prose, the twisty plot, the keenly etched details of place and person, the barbs characters fling at one another. Yet the reader comes out the back of this book with his eyes tearing up and his mind opened to the possibility that resentment, regret, and anger can yield to understanding and hope, even in the most dysfunctional families.” —Eamon Dolan, vice president and editor-in-chief, The Penguin Press
“[A] nicely tuned road trip novel from 2009 Amazon Breakthrough Novel Award–winner King…The spirited interplay between the gruff but wounded Bill and the perhaps too precocious April provides the most sensitive scenes in this enjoyable first novel.” —Publishers Weekly
“Joe Barrett narrates with a gravelly tone that’s a perfect match for the gruff Bill’s voice and thoughts. With only a small shift, Barrett gives April a cynical teen voice. Along the way, Bill’s disintegrating mental state and April’s increasing concern for him are brought to life in Barrett’s voice. The dysfunctional characters feel familiar at times, but Barrett and King keep the interest going in this family drama.” —AudioFile
“Part road odyssey, part coming-of-age tale, King’s novel achieves the exact right balance of humor, redemption, and reconciliation.” —Booklist
“Bill Warrington’s Last Chance turns out to be quite a ride for all the characters involved—and it proves that taking a chance may not turn out exactly as you had planned, but it’s darn worth a try.” —BookPage

James King, a corporate communications specialist, has wanted to be a writer since he was a child. Born in Ohio, he currently lives in Connecticut with his wife and children. He wrote most of Bill Warrington’s Last Chance in 2008 while earning an M.A. degree in creative writing from Manhattanville College in Purchase, New York.