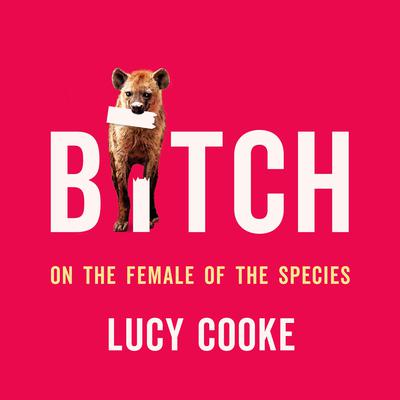 Bitch: On the Female of the Species

A fierce, funny, and revolutionary look at the queens of the animal kingdom

Studying zoology made Lucy Cooke feel like a sad freak. Not because she loved spiders or would root around in animal feces: all her friends shared the same curious kinks. The problem was her sex. Being female meant she was, by nature, a loser.

Since Charles Darwin, evolutionary biologists have been convinced that the males of the animal kingdom are the interesting ones—dominating and promiscuous, while females are dull, passive, and devoted.

In Bitch, Cooke tells a new story. Whether investigating same-sex female albatross couples that raise chicks, murderous mother meerkats, or the titanic battle of the sexes waged by ducks, Cooke shows us a new evolutionary biology, one where females can be as dynamic as any male. This isn‘t your grandfather’s evolutionary biology. It’s more inclusive, truer to life, and, simply, more fun.

Lucy Cooke blows two centuries of sexist myths right out of biology. Prepare to learn a lot — and laugh out loud. A beautifully written, very funny and deeply important book.”  —Alice Roberts, author of Evolution —
Fun, informative and revolutionary all at once, Bitch should be required reading in school. After reading this book one will never look at an orca, an albatross, or a human the same way again. And the world will be better for it.”  —Agustin Fuentes, professor of anthropology at Princeton University and author of The Creative Spark —

Lucy Cooke is an award-winning filmmaker who has written, produced, and directed several popular documentary series for BBC, PBS, Discovery, and National Geographic. Her first book, A Little Book of Sloth, was a New York Times bestseller. She earned a Masters in zoology from the University of Oxford. She lives in London.