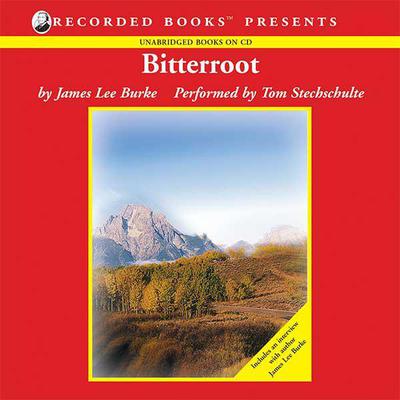 James Lee Burke fills his New York Times best-selling Billy Bob Holland series with the same keen sense of mood and atmosphere that made his Dave Robicheaux series an Edgar Award-winning one. Set in the contemporary West, Bitterroot spins a story as vivid as a mountain sunset. Texas lawyer Billy Bob Holland is in Montana visiting an old friend when he is pulled into an investigation of a string of murders. At first, he seeks to protect his friend. But as the body count rises, Billy Bob begins to see evidence of a grisly vendetta--one that may be as explosive as the one that rocked Oklahoma City. The colorful, eccentric mix of characters and a maze of motives and relationships keep the suspense humming throughout Bitterroot. Narrator Tom Stechschulte's performance draws the listener deep into the thoughts and feelings of a man who works for the law, yet is haunted by the transgressions of his past.