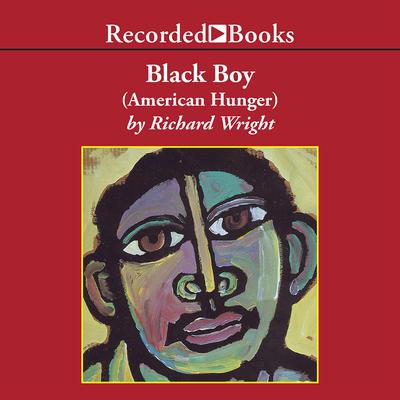 When Richard Wright's autobiography, Black Boy, was published in 1945, it was hailed as a landmark work. Since then, it has become a classic of African American literature. For this audioproduction, Recorded Books, Inc. uses a definitive edition which includes the crucial second portion of the original work. This is the version approved by the author's estate, and it presents the entire text, as Wright intended. In Part One: Southern Night, Wright tells of his painful early years in the Jim Crow South. Growing up poor, hungry, and uneducated, he creates unforgettable pictures of his deprivation and confusion. Part Two: The Horror and the Glory follows Wright's journey to the North, where he finds that neither geography, nor education, nor the ideology of the Communist Party can erase the divisions of race and color in America. As a chronicle of Wright's life, Black Boy (American Hunger) is a gripping, often heartbreaking, story of his struggle to survive. But it is also a testament that transcends the life of one man. In its pages, Wright creates "a sense of the hunger for life that gnaws in us all, to keep alive in our hearts a sense of the inexpressibly human."

Richard Wright (1908–1960) won international renown for his powerful and visceral depiction of the black experience. He stands today alongside such African-American luminaries as Zora Neale Hurston, James Baldwin, and Toni Morrison, and two of his novels, Native Son and Black Boy, are required reading in high schools and colleges across the nation.