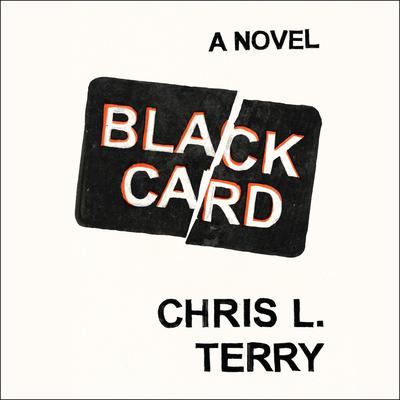 A Los Angeles Times Pick of Best Books of Summer

With dark humor, Chris L. Terry's Black Card is an uncompromising examination of American identity. In an effort to be "black enough," a mixed-race punk rock musician indulges his own stereotypical views of African American life by doing what his white bandmates call "black stuff." After remaining silent during a racist incident, the unnamed narrator has his Black Card revoked by Lucius, his guide through Richmond, Virginia, where Confederate flags and memorials are a part of everyday life.

Determined to win back his Black Card, the narrator sings rap songs at an all-white country music karaoke night, absorbs black pop culture, and goes out with his black coworker Mona, who is attacked one night. The narrator becomes the prime suspect and earns the attention of John Donahue, a local police officer with a grudge dating back to high school. Forced to face his past, his relationships with his black father and white mother, and the real consequences and dangers of being black in America, the narrator must choose who he is before the world decides for him.

Chris L. Terry was born in 1979 to an African American father and an Irish American mother. He has an MA degree in English from Virginia Commonwealth University and a creative writing MFA from Columbia College Chicago. His debut novel, Zero Fade, was named a Best Book of the Year by Slate and Kirkus Reviews.