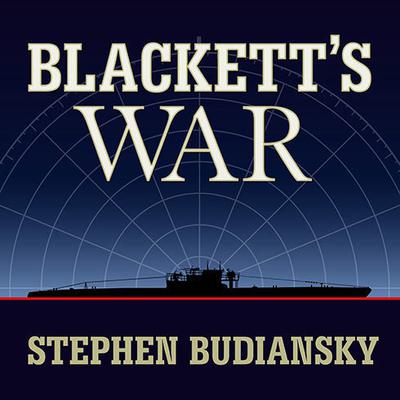 Blackett's War: The Men Who Defeated the Nazi U-boats and Brought Science to the Art of Warfare

In March 1941, after a year of unbroken and devastating U-boat onslaughts, the British War Cabinet decided to try a new strategy in the foundering naval campaign. To do so, they hired an intensely private, bohemian physicist who was also an ardent socialist. Patrick Blackett was a former navy officer and future winner of the Nobel Prize; he is little remembered today, but he and his fellow scientists did as much to win the war against Nazi Germany as almost anyone else. As director of the World War II antisubmarine effort, Blackett used little more than simple mathematics and probability theory—and a steadfast belief in the utility of science—to save the campaign against the U-boat. Employing these insights in unconventional ways, from the washing of mess hall dishes to the color of bomber wings, the Allies went on to win essential victories against Hitler's Germany. Here is the story of these civilian intellectuals who helped to change the nature of twentieth-century warfare. Throughout, Stephen Budiansky describes how scientists became intimately involved with what had once been the distinct province of military commanders—convincing disbelieving military brass to trust the solutions suggested by their analysis. Budiansky shows that these men above all retained the belief that operational research and a scientific mentality could change the world. It's a belief that has come to fruition with the spread of their tenets to the business and military worlds, and it started in the Battle of the Atlantic, in an attempt to outfight the Germans, but most of all to outwit them.

Stephen Budiansky is a military historian and the author of several books about military history, intelligence and espionage, science, and the natural world, including Battle of Wits, The Bloody Shirt, and Her Majesty's Spymaster. He received a master's degree in applied mathematics from Harvard University and worked on classified military studies as a Congressional Fellow. He is a former editor and writer at U.S. News & World Report and the Atlantic as well as the former Washington editor of the scientific journal Nature. His articles have appeared in the Economist, the New York Times, and U.S. News & World ReporT. He lives in Virginia.