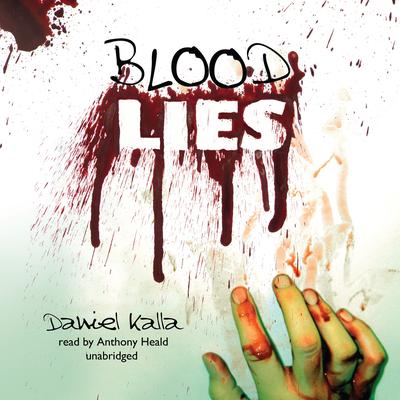 Ben Dafoe, a young emergency-room doctor and part-time crime-scene consultant for the Seattle police department, is haunted by addiction. Two years earlier, a cocaine habit claimed the life of his identical twin, Aaron. Now Ben walks onto the scene of a savage stabbing to learn that the victim, Emily Kenmore, is his former fiancée—another loved one who fell prey to addiction. Among the carnage in Emily’s bedroom is a streak of blood on the wall that belongs to the killer. When the DNA from that sample matches Ben’s blood, he becomes the prime suspect.

Convinced that his identical twin is alive and somehow involved in Emily’s death, Ben frantically hunts for his brother Aaron while trying to evade American and Canadian authorities. But someone is desperate to thwart him. A Seattle mob boss, a dirty cop, and a smooth lawyer are only some of the people Ben has to navigate. While Ben struggles to solve a tragic mystery from his past to clear his name in a crime of the present, he learns that sometimes blood lies.

“Kalla and Heald make a winning pair…Heald’s most impressive quality is the cool edge he gives his voice to differentiate between all the characters…Thriller fans are in for a smart, fast-moving and surprising ride.” —Publishers Weekly (starred review)
“Anthony Heald moves the story along with a performance that captures the tension of the work. Heald has the tough job of making his hero, Dr. Ben Dafoe, seem as mystified as the listener. Yet Dafoe is clearly keeping something from the police and the listener. This is an interesting look into a world in which right and wrong are not so easily distinguished.” —AudioFile