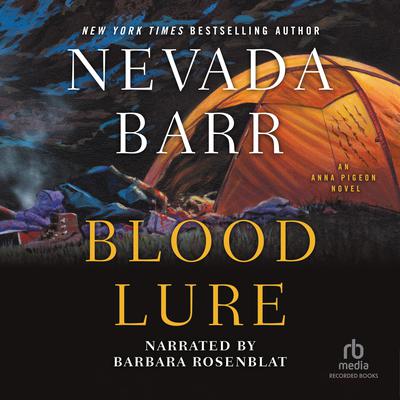 The Anna Pigeon mysteries are a New York Times best-selling series. Each addition is eagerly anticipated by fans of its award-winning author Nevada Barr, who uses her experience as a park ranger to create stunningly authentic details. Blood Lure takes Park Ranger Anna Pigeon high into Glacier Park and deep into a grisly murder case. Anna has joined a bear research team in the vast park that spreads from Montana into Canada. They hope to gather enough information to form a picture of its Grizzly bear population. Instead, one terrifying night, a bear finds them. By morning, their camp is in ruins, and the youngest member of the team is missing. A few hours later, the body of a camper is discovered: the neck broken and face mutilated. As Anna sets out to find what, or who, is responsible for the carnage, her search will stretch all her resources--physical, mental, and moral--to new limits. Audie Award-winning narrator Barbara Rosenblat's voice is perfect for Anna, capturing all her courage and vulnerability.