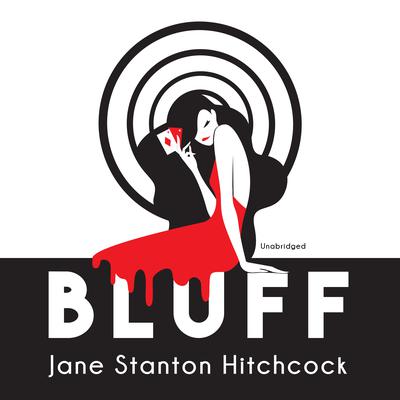 One-time socialite Maud Warner polishes up the rags of her once glittering existence and bluffs her way into a signature New York restaurant on a sunny October day. When she shoots Sun Sunderland, the “Pope of Finance,” as he lunches with “accountant to the stars” Burt Sklar—the man she’s accused for years of stealing her mother’s fortune and leaving her family in ruins—she deals the first card in her high-stakes plan for revenge.

Maud has grown accustomed to being underestimated and invisible, and uses it. Her fervent passion for poker has taught her that she can turn weakness into strength to take advantage of people who think they are taking advantage of her. It’s uncanny how she reads them.

Her intimates in New York high society believe that “Mad Maud” accidentally missed Sklar, her real target. But nothing is as it first appears as she weathers the unexpected while following her script. And while Maud is on the run, the dark secrets of men who believe their money and power place them above the law will be exposed. Betrayal, larceny, greed, sexual battery, and murder lurk beneath the surface of their glittering lives.

One unexpected twist after another follows as we watch a fierce, unapologetic Maud play the most important poker hand of her life. The stakes? To take down her enemies and get justice for their victims. Her success depends on her continuing ability to bluff. And on who will fold.

“Jane Hitchcock pulls off another stunning tour de force in her newest crime novel, Bluff. Nobody writes high society and its down-low denizens better than Hitchcock—and this book is her best yet.” —Linda Fairstein, New York Times bestselling author
“This delicious novel of sweet revenge reveals, with wit and stylish vigor, a world—New York high society—that the author clearly knows intimately.” —Publishers Weekly (starred review)
“Narrator Lisa Flanagan creates a remarkable portrayal of its protagonist. Listeners will be drawn in by Maud Warner…As Flanagan depicts a large cast of well-developed characters, her vocal nuances and impeccable timing add to the listener’s enjoyment…Bluff is a quirky, engaging listen.” —AudioFile
“A smartly plotted upper-crust caper.” —Booklist
“He who underestimates women of a certain age certainly does so at his own peril. Frothy fun with a backbone of feminist steel; as quick-moving and intricate as any heist movie.” —Kirkus Reviews

Jane Stanton Hitchcock is the New York Times bestselling author of Mortal Friends, The Witches’ Hammer, Social Crimes, and Trick of the Eye, as well as several plays. She lives with her husband, syndicated foreign-affairs columnist Jim Hoagland, in New York City and Washington, DC.