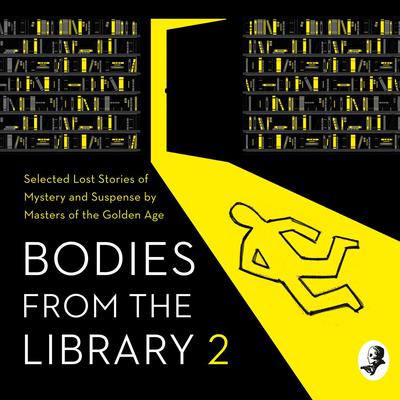 Bodies from the Library 2: Forgotten Stories of Mystery and Suspense by the Queens of Crime and other Masters of Golden Age Detection

The Body From The Library Series: Book 2

This anthology of rare stories of crime and suspense brings together fifteen tales from the Golden Age of Detective Fiction for the first time in book form, including a newly discovered Gervase Fen novella by Edmund Crispin that has never previously been published.

With the Golden Age of detective fiction shining ever more brightly with the increasing availability of many long forgotten classic crime novels from the first half of the twentieth century, the publication of Bodies from the Library in 2018 was an unexpected treat for fans of some of the genre’s cleverest and most popular writers. With lost stories by authors including Georgette Heyer, A.A. Milne, Anthony Berkeley, Nicholas Blake, Cyril Hare and Roy Vickers, the book was surely a unique opportunity finally to fill the gaps in some of the greatest canons of detective and thriller fiction.

This follow-up volume is a showcase for fifteen more popular names from the Golden Age, including Margery Allingham, Helen Simpson, Ethel Lina White, John Rhode, Agatha Christie and S.S. Van Dine—plus a few big surprises yet to be announced—with stories so rare that many don’t yet appear on their writers’ established bibliographies.

Selected and introduced by Tony Medawar, who also writes a short essay about each contributor, Bodies from the Library 2 is a genuine treasure-trove of missing episodes from the work of some of the world’s favourite classic crime writers.