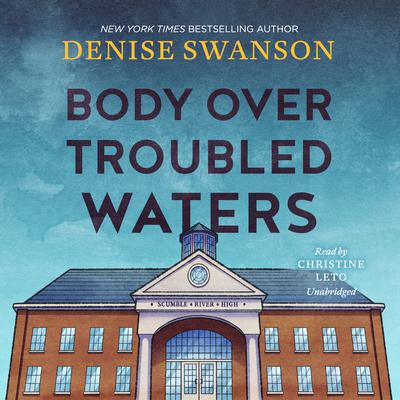 The Welcome Back to Scumble River Series: Book 4

Love turns deadly in Scumble River, and Skye is caught between a rock and a heart place.

School psychologist Skye Denison-Boyd is settling into the rhythm of being a working mom, but when school is put on lockdown, life gets messy again. Not only is she stuck in a room with her horrible superintendent, Dr. Wraige, it looks like the lockdown was a false alarm—someone left a cupid’s bow and arrow in a classroom.

Later, as Wally looks into an attempted break-in, he finds the superintendent murdered, his jugular cut with the arrow of a cupid statue. Did love just turn deadly in Scumble River? As the part-time psychological consultant for the police department, Skye joins Wally in investigating the murder. But things get even more personal when her godfather, Uncle Charlie, gets wrapped up in a state police sting. With a dead boss, a godfather under suspicion, and a mythical killer on the loose, Skye has more than enough work cut out for her!

Denise Swanson is the bestselling author of the Scumble River mysteries, the Deveraux’s Dime Store mysteries, and the Chef-to-Go mysteries, as well as the Change of Heart contemporary romances. She has been nominated for RT Magazine’s Career Achievement Award, the Agatha Award, and the Mary Higgins Clark Award.