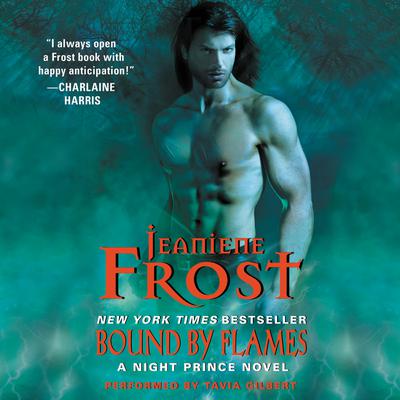 Play with fire, pay the price

Leila's years on the carnie circuit were certainly an education. What she didn't learn: how to be a vampire, or how to be married to the most famous vampire of them all. Adjusting to both has Leila teetering on a knife edge between passion and peril, and now the real danger is about to begin . . .

Vlad must battle with a centuries-old enemy whose reach stretches across continents and whose strength equals his own. It isn't like Vlad to feel fear, but he does . . . for Leila, because his enemy knows she is Vlad's greatest weakness. As friend and foe alike align against him—and his overprotectiveness drives Leila away—Vlad's love for his new bride could be the very thing that dooms them both . . .

“The learning curve for marriage between passionate Vlad and Leila is proving to be a bit steep, and it doesn’t help that they are still under attack. Frost’s incredible patented brand of gripping romance ensures the threats are terrifyingly real and the emotions utterly intense. This is one dark ride, so hang on tight!” —RT Book Reviews (4½ stars)
“Frost wraps up the Night Prince trilogy with another fierce tale of brutal danger, scorching desire, and plenty of spilled blood that will be devoured by readers who crave intense love stories that skew towards the darker side of paranormal romance.” —Booklist

Jeaniene Frost is the New York Times and USA Today bestselling author of several series of paranormal and romance novels, including the Night Huntress series, Night Prince series, and the Broken Destiny series, among others. Foreign rights for her novels have sold to nineteen different countries. She lives in North Carolina with her husband Matthew, who long ago accepted that she rarely cooks and always sleeps in on the weekends. Aside from writing, she enjoys reading, poetry, watching movies with her husband, exploring old cemeteries, spelunking and traveling—by car. Airplanes, children, and cookbooks frighten her.