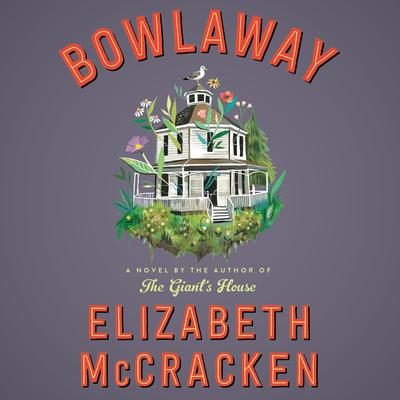 A Booklist Editors’ Choice of Best Audiobooks of the Year

A BookPage Top Pick of the Month in Historical Fiction

A sweeping and enchanting new novel from the widely beloved, award-winning author Elizabeth McCracken about three generations of an unconventional New England family who own and operate a candlepin bowling alley. From the day she is discovered unconscious in a New England cemetery at the turn of the twentieth century—nothing but a bowling ball, a candlepin, and fifteen pounds of gold on her person—Bertha Truitt is an enigma to everyone in Salford, Massachusetts. She has no past to speak of, or at least none she is willing to reveal, and her mysterious origin scandalizes and intrigues the townspeople, as does her choice to marry and start a family with Leviticus Sprague, the doctor who revived her. But Bertha is plucky, tenacious, and entrepreneurial, and the bowling alley she opens quickly becomes Salford’s most defining landmark—with Bertha its most notable resident.

When Bertha dies in a freak accident, her past resurfaces in the form of a heretofore-unheard-of son, who arrives in Salford claiming he is heir apparent to Truitt Alleys. Soon it becomes clear that, even in her death, Bertha’s defining spirit and the implications of her obfuscations live on, infecting and affecting future generations through inheritance battles, murky paternities, and hidden wills.

In a voice laced with insight and her signature sharp humor, Elizabeth McCracken has written an epic family saga set against the backdrop of twentieth-century America. Bowlaway is both a stunning feat of language and a brilliant unraveling of a family’s myths and secrets, its passions and betrayals, and the ties that bind and the rifts that divide.

“In an enthralling, magical story that spans generations, award-winning writer McCracken imbues a candlepin alley with the ability to bowl over sexism.” —Ms. magazine
“Death and life, frosted with macabre comedy…. [McCracken] lures us in with her witty voice and oddball characters.” —Washington Post
“Wildly entertaining.” —NPR
“So compassionately and artfully does Reading bring to life this motley crew of outcasts, orphans, and seekers, she will leave listeners breathless.” —Booklist (starred audio review)
“Stellar…Humor enlivens the many plot twists that propel the narrative, making for a novel readers will sink into and savor.” —Publishers Weekly (starred review)
“McCracken’s prose is well-tooled, hilarious and tender, thoughtful and jocular. Her characters inhabit their world so completely, so bodily, that they could’ve truly existed. Her detailed observations make the bizarre seem plausible, and always enjoyable.” —BookPage
“McCracken has one of the more distinctive literary sensibilities readers will likely encounter; playful, inventive, and fearless, she’s drawn to oddball characters and the eccentric fringes of American family life…A playful, powerful meditation on the proposition that life itself is strange; enthusiastically recommended for fans of literary fiction.” —Library Journal (starred review)
“McCracken is a beloved bard of the eccentric, the misbegotten, and the unfathomable…McCracken writes with exuberant precision, ingenious lyricism, satirical humor, and warmhearted mischief and delight.” —Booklist (starred review)
“Parents and children, lovers, brothers and sisters, estranged spouses, work friends, and teammates all slam themselves together and fling themselves apart across the decades in the glorious clatter of McCracken’s unconventional storytelling.” —Kirkus Reviews (starred review)

Elizabeth McCracken is the author of The Giant’s House, which was nominated for the National Book Award; Niagara Falls All Over Again, winner of the PEN/Winship Award; and Here's Your Hat What’s Your Hurry, a collection of stories. She earned her BA and MA from Boston University, an MFA from the University of Iowa, and an MS in library science from Drexel University. McCracken has received grants and awards from the Fine Arts Work Center in Provincetown, the National Endowment for the Arts, the American Academy of Arts and Letters, the Guggenheim Foundation, and the American Academy in Berlin. She is married to the playwright, novelist, and artist, Edward Carey.