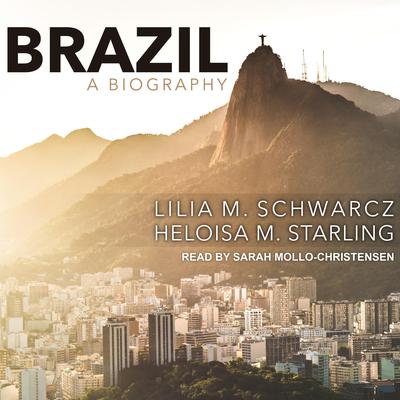 For many Americans, Brazil is a land of contradictions: vast natural resources and entrenched corruption; extraordinary wealth and grinding poverty; beautiful beaches and violence-torn favelas. Brazil occupies a vivid place in the American imagination, and yet it remains largely unknown.

In an extraordinary journey that spans five hundred years, from European colonization to the 2016 Summer Olympics, Lilia M. Schwarcz and Heloisa M. Starling's Brazil offers a rich, dramatic history of this complex country. The authors not only reconstruct the epic story of the nation but follow the shifting byways of food, art, and popular culture; the plights of minorities; and the ups and downs of economic cycles. Drawing on a range of original scholarship in history, anthropology, political science, and economics, Schwarcz and Starling reveal a long process of unfinished social, political, and economic progress and struggle, a story in which the troubled legacy of the mixing of races and postcolonial political dysfunction persists to this day.

Lilia M. Schwarcz was born in 1957 in São Paulo, Brazil. She is a professor of anthropology at the University of São Paulo, a visiting professor in the Department of Spanish and Portuguese Languages and Cultures and the Program in Latin American Studies at Princeton University, and the author of The Emperor’s Beard and The Spectacle of the Races.

Heloisa M. Starling is a professor of history at the Universidade Federal de Minas Gerais and the author of Memories of Brazil and The Lords of Gerais.