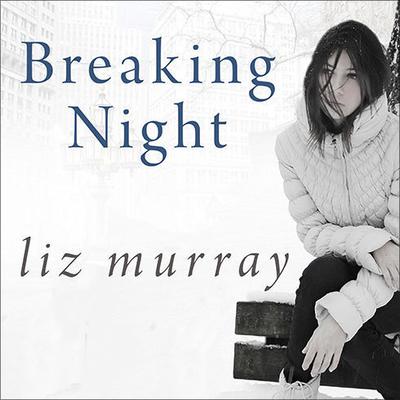 Breaking Night: A Memoir of Forgiveness, Survival, and My Journey from Homeless to Harvard

Liz Murray was born to loving but drug-addicted parents in the Bronx. In school she was taunted for her dirty clothing and lice-infested hair, eventually skipping so many classes that she was put into a girls' home. At age fifteen, Liz found herself on the streets when her family finally unraveled. She learned to scrape by, foraging for food and riding subways all night to have a warm place to sleep. When Liz's mother died of AIDS, she decided to take control of her own destiny and go back to high school, often completing her assignments in the hallways and subway stations where she slept. Liz squeezed four years of high school into two, while homeless; won a New York Times scholarship; and made it into the Ivy League. Breaking Night is an unforgettable and beautifully written story of one woman's indomitable spirit to survive and prevail, against all odds.

Murray tells an engaging, powerfully motivational story. —Publishers Weekly Starred Review
“Murray tells an engaging, powerfully motivational story about turning her life around after growing up the neglected child of drug addicts…In this incredible story of true grit, Murray went from feeling like ‘the world was filled with people who were repulsed by me’ to learning to receive the bountiful generosity of strangers who truly cared.” —Publishers Weekly (starred review)
“Neither sensationalizing nor soliciting pity, Murray’s generous account of and caring attitude toward her past are not only uplifting, but also a fascinating lesson in the value of dedication.” —Booklist

Liz Murray was left homeless at age fifteen after her mother’s death from AIDS. She fended for herself on the streets, eventually returning to high school. She was accepted into Harvard, where she attended college classes for three years before taking time off to help her father, who also died of AIDS. She returned to college, and is now taking graduate courses at Harvard. Liz now speaks at engagements around the country. A movie about her life, Homeless to Harvard, was made by Lifetime.