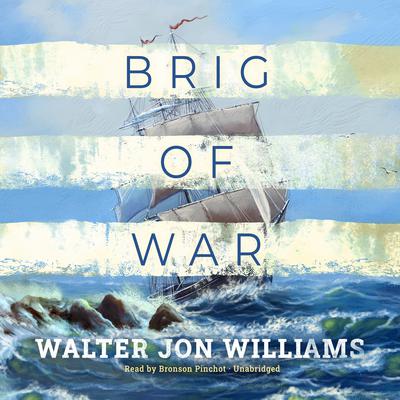 The Privateers and Gentlemen Series: Book 2

Favian Markham is a rising young American officer during the War of 1812. As commander of the small, slow brig Experiment, he must break the British blockade and take his outgunned vessel on a daring raid into the Narrow Seas of England. On his desperate journey he faces duels, rivalries, ambitious politicians, yardarm-to-yardarm combat, and the deadly beauty of a foreign courtesan. Yet his greatest battle is not with the enemy, but with his own divided nature …

Brig of War (originally published as The Raider) is one of the historical novels with which Walter Jon Williams began his career.