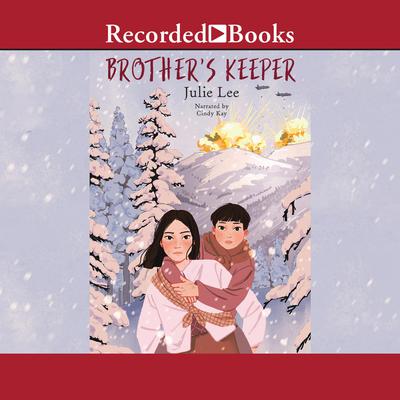 Can two children escape North Korea on their own?

North Korea, 1950. Twelve-year-old Sora Pak and her family live under an iron set of rules: No travel without a permit. No criticism of the government. No absences from communist meetings. Repeat slogans. Don’t trust your neighbors. Don’t speak your mind. You are being watched.

There is no hope for escape until war breaks out between North and South Korea. Suddenly there is chaos, and everyone is fleeing. The Paks plan to get to freedom is simple: they will walk hundreds of miles from their tiny mountain village to the South Korean city of Busan. But when a bombing changes everything, Sora must get herself and her eight-year-old brother, Youngsoo, to South Korea alone—across rivers, over mountains, around enemy soldiers and border guards, and even through Pyongyang itself, all while staving off frostbite and starvation. Can two children survive three hundred miles of war zone in winter?

Haunting, timely, and beautiful, this harrowing novel—inspired by the experiences of the author’s mother—offers readers a glimpse into a vanished time and a closed nation.

“A harrowing, heartbreaking tale of hope, love, and survival against insurmountable odds…Lee enthralls and enlightens.” —School Library Journal (starred review)
“A moving, suspenseful refugee story…The book is at heart a poignant exploration of a girl’s struggle against traditional female roles and her determination to succeed on her own terms.” —Publishers Weekly (starred review)
“Lee paints this gripping and emotional midwinter escape with the eye of a wartime journalist and the determined heart of a young girl.” —Kirkus Reviews (starred review)
“Amazing…an important book that explores a part of history few younger readers are taught in school.” —Booklist (starred review)

Julie Lee, a marketer-turned-writer, is the author of the acclaimed debut novel Brother’s Keeper. She She is a first-generation American whose, her mother escaped North Korea during the Korean War and later immigrated to the United States.