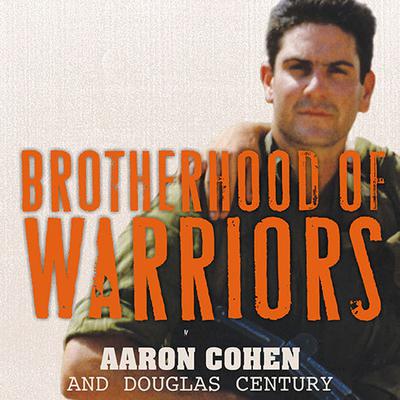 Brotherhood of Warriors: Behind Enemy Lines with a Commando in One of the World's Most Elite Counterterrorism Units

By Aaron Cohen and Douglas Century
Read by David Drummond

Beverly Hills native Aaron Cohen was eighteen years old when he left behind his privileged American life with the single-minded ambition of joining Israel's top anti-terrorist commando unit. After fifteen months of grueling training, Cohen was offered the only post a non-Israeli can hold: a top-secret, highly controversial unit that dispatches operatives disguised as Arabs into the Palestinian-controlled West Bank to abduct Hamas leaders and bring them to Israel for trial. Cohen learned flawless Arabic, lost all semblance of his all-American appearance, and participated in countless life-or-death missions. A propulsive, gripping read, Cohen's story is a rare fly-on-the-wall view into the shadowy world of "Black Ops."

Drummond's performance is congruent with the story.... He especially shines when performing the many conversations as he ably brings out the appropriate emotions. —AudioFile
“Riveting. Read this book.” —General Tommy Franks, US Army (ret.)

Aaron Cohen is a passionate founder of the modern-day Jubilee peace movement. He is also an award-winning writer and charity campaign strategist.

Douglas Century is a contributor to the New York Times bestseller by William Queen Under and Alone: The True Story of the Undercover Agent Who Infiltrated America’s Most Violent Outlaw Motorcycle Gang and coauthor with Rick Cowan of Takedown: The Fall of the Last Mafia Empire. He is the author of two critically acclaimed books, Barney Ross: The Life of a Jewish Fighter and Street Kingdom: Five Years inside the Franklin Avenue Posse. He has coauthored several highly acclaimed memoirs, including If Not Now, When?; Brotherhood of Warriors; and Ice: A Memoir of Gangster Life and Redemption from South Central to Hollywood. He has written for the New York Times, the Guardian, Rolling Stone, the Village Voice, Newsday, and other publications and is a contributing editor at Tablet magazine.