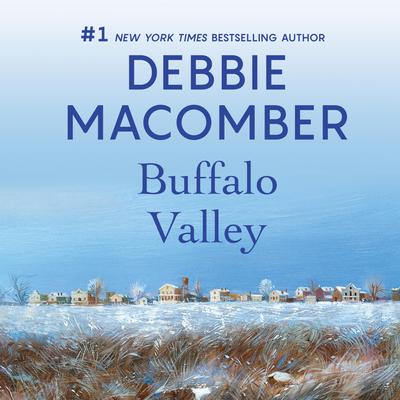 It’s a time of change for a small prairie town.

Buffalo Valley, North Dakota, has a will to survive, to prosper. And the outside world has discovered Buffalo Valley. A large retail conglomerate plans to move in, which would surely destroy the independent businesses…and maybe the town.

It’s a season of change for Vaughn Kyle.

Just out of the army, he’s looking for a life to live—and waits for his reluctant fiancée to make up her mind. Vaughn decides to visit Buffalo Vaglley and Hassie Knight. He was named after Hassie’s son who died in Vietnam and she thinks of him as a surrogate son. He arrives at her store one snowy day and finds not Hassie but a young woman named Carrie Hendrickson…

Will the season bring peace and joy—to Vaughn and to the town?

As he begins to love Carrie, Vaughn questions his feelings for the woman he thought he loved. He wants to stay in Buffalo Valley and fight for its way of life. A life that’s all about friends and family.

"[Vaughn Kyle is] caught between…the future he always envisioned for himself and the appealing way of life that he glimpsed in the unique little town.” —Barnes&Noble.com
“As sweet and heartwarming as apple pie.” —Booklist
“The fictional town of Buffalo Valley, which was the setting for Macomber’s Dakota trilogy, faces a new hurdle at Christmastime…Vaughn’s dilemma generates genuine tension. Macomber keeps her characters straight enough to avoid confusion and displays her usual gift for tugging on the heartstrings.” —Publishers Weekly
“Ms. Macomber will delight [with] her unique voice and sense of humor… Readers should rejoice at this ‘never leave your house’ keeper!” —RT Book Reviews

Debbie Macomber is a leading voice in women’s fiction. Her novels have hit the number one on the New York Times bestsellers list as well as making the USA Today and Publishers Weekly lists. Her novels Mrs. Miracle and Call Me Mrs. Miracle inspired the Hallmark Channel’s top-watched movies for the year when they were released. There are more than 200 million copies of her books in print worldwide.