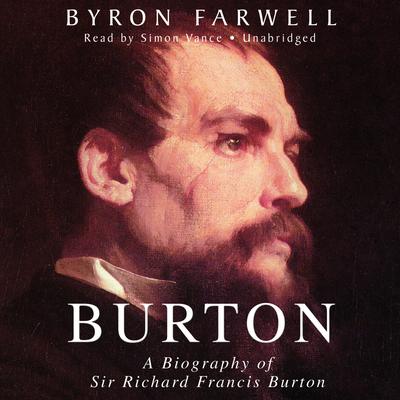 Explorer and inventor, soldier and poet, archaeologist and diplomat, Richard Francis Burton (1821–1890) was the most versatile and remarkable man of his age. But he was foremost an adventurer: “an adventurer in the intellectual and the spiritual as well as the physical world.” The pioneering traveler in Central Africa who discovered Lake Tanganyika was also the translator of The Arabian Nights and the secret translator of Oriental sex manuals like The Perfumed Garden. The man who made a dangerous pilgrimage to Mecca in disguise also produced major writings on reptiles and religion, mining and mountain-climbing, slavery and sexuality.

Byron Farwell brilliantly recreates the sheer excitement of Burton’s achievements and astonishing range of interests in this fascinating biography.

Byron Farwell (1922–1999) was an American military historian and biographer known for books on nineteenth and early twentieth-century British military colonialism. He published articles in the New York Times, Washington Post, American Heritage, and elsewhere; served as a contributing editor to Military History and World War II; and contributed to Collier’s Encyclopedia.