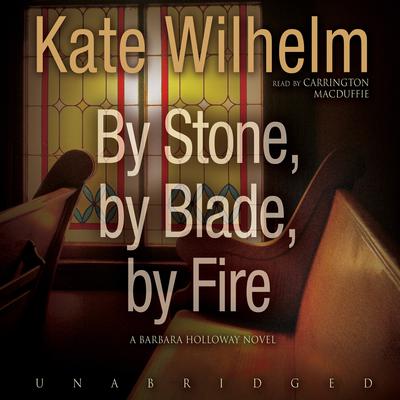 By Stone, by Blade, by Fire

Beseeched by his anguished mother, veteran defense attorney Barbara Holloway agrees to represent Travis. With the support of her father, attorney Frank Holloway, and crack private investigator Bailey, Barbara reveals a zealot, his ultrarich backers, and unimaginable atrocities. Travis' case proceeds to trial, and Barbara finds herself pitted against a complacent legal system and a judge eager to simply close the case and retire. Knowing she must intervene decisively to avoid a conviction, Barbara steps squarely into the path of danger. Risking her own life, Barbara confronts the killer in order to save Travis'.

“By Stone, by Blade, by Fire’s constant twists and turns and high drama make it a top recommendation for any fan of mysteries and courtroom dramas, carefully entwining personal destinies and motivations until differences between guilty and innocent become impossible to predict.” —Midwest Book Review