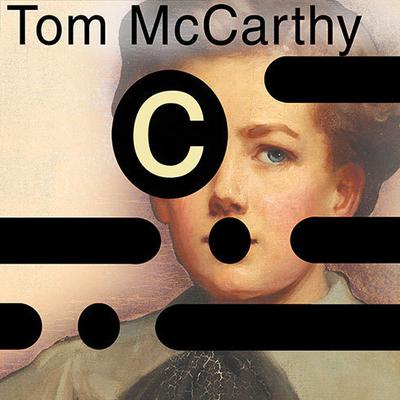 Serge Carrefax spends his childhood at Versoie House, where his father teaches deaf children to speak when he's not experimenting with wireless telegraphy. Sophie, Serge's sister and only connection to the world at large, takes outrageous liberties with Serge's young body—which may explain the unusual sexual predilections that haunt him for the rest of his life. After recuperating from a mysterious illness at a Bohemian spa, Serge serves in World War I as a radio operator. C culminates in a bizarre scene in an Egyptian catacomb where all Serge's paths and relationships at last converge. Tom McCarthy's mesmerizing, often hilarious accomplishment effortlessly blends the generational breadth of Ian McEwan with the postmodern wit of Thomas Pynchon and marks a writer rapidly becoming one of the most significant and original voices of his generation.

Recommended for those who...are devoted to Thomas Pynchon's brand of maximalism. —Library Journal
“Each chapter of McCarthy’s tour de force is a cryptic, ornate puzzle box, rich with correspondences and emphatically detailed digressions. Ambitious readers will be eager to revisit this endlessly interpretive world, while more casual readers will marvel at the high-flying picaresque perched at the crossroads of science and the stuff dreams are made of.” —Publishers Weekly (starred review)

Tom McCarthy is a writer and conceptual artist. He is known in the art world for the reports, manifestos, and media interventions he has made as general secretary of the International Necronautical Society (INS), a semi-fictitious avant-garde network. He is the author of Remainder, Men in Space, and Tintin and the Secret of Literature. McCarthy lives in London.