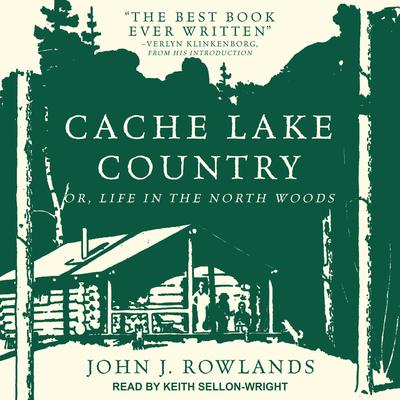 Cache Lake Country: Or, Life in the North Woods

The classic chronicle of life and self-reliance in the great Northern Forest, now available in audio

"Cache Lake Country is a gem for many reasons—a simple narrative, the ways in which it conveys the work-a-day joys and exertions of life in the wilderness, the woodscraft techniques it illustrates, and the slow and pleasurable way in which the soul of a serene man is revealed." —The New York Times

Over half a century ago, John Rowlands set out by canoe into the wilds of Canada to survey land for a timber company. After paddling alone for several days, he came upon "the lake of my boyhood dreams," which he named Cache Lake because there was stored the best that the north had to offer—timber for a cabin; fish, game, and berries to live on; and the peace and contentment he felt he could not live without. This is his story, containing both folklore and philosophy, with wisdom about the woods and the demand therein for inventiveness. It includes directions for making moccasins, stoves, shelters, outdoor ovens, canoes, and hundreds of other ingenious and useful gadgets.