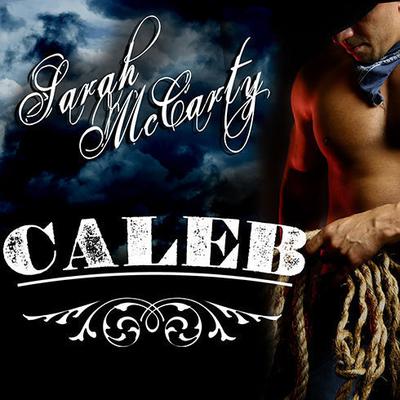 The loss of control. The fear of desire. Allie always thought that mysteriously sexy rancher Caleb Johnson wanted her as much as she wanted him. But since he never acted on it, she was ready to admit defeat. Until the night she was attacked by a vicious wolf, only to be rescued by another. In the triumphant, bloodied male, there was something Allie recognized—the baritone growl, the mesmerizing eyes, the inexplicable animal attraction. Her savior was Caleb. A rogue vampire living with his three equally rogue brothers and the McClaren werewolf pack, Caleb never wanted to bring the woman he secretly desired into his dark and dangerous world. But when she's targeted by his enemimes, his only choice is to protect her. But how can someone as alive, as vulnerable, as human as Allie survive in the shadows with him?

Sarah McCarty writes what she loves to read—fast-paced stories with vivid dialogue, intense emotion, and well-developed characters. Her attention to detail in her stories has earned her multiple awards and reserved her novels a spot on keeper shelves everywhere. Her many books include the Hell’s Eight series, the Promises series, the Unchained series, the single-author anthologies Running Wild and Wild Instinct, and several novellas.