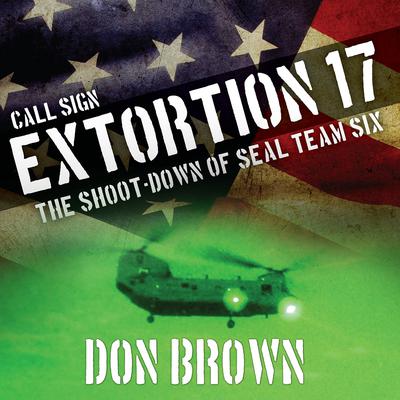 On August 6, 2011—three months after members of Navy SEAL Team Six killed Osama Bin Laden—Taliban forces took down a United States helicopter, call sign "Extortion 17." The attack killed the Air National Guard crew, seven unidentified members of the Afghan military, and seventeen members of Navy SEAL Team Six—warrior brothers from the same Team that had killed Osama Bin Laden just ninety days prior. Were the seven Afghan soldiers aboard that helicopter really undercover Taliban who either maneuvered the chopper within easy range of being shot down or sabotaged it from within? Were the SEALs sacrificed on the altar of political correctness and deliberately flown into a known Taliban hot zone? Don Brown, a former U.S. Navy JAG officer stationed at the Pentagon and a former special assistant United States attorney, re-creates the wartime action, tells the life stories of the elite warriors our nation lost on that day, and tears apart the official military explanation of the incident contained in the infamous Colt Report, which reveals either gross incompetence or a massive cover-up.

Don Brown, a former officer in the US Navy Judge Advocate General Corps and special assistant United States attorney, is the author of eleven bestselling military and legal books. His work includes the novel Treason and the exposé Call Sign Extortion 17: The Shoot-Down of Team Seal Six.