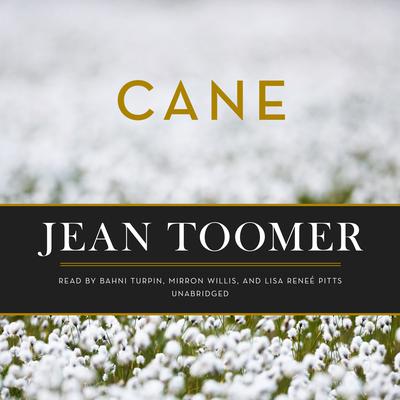 Jean Toomer’s Cane is one of the most significant works to come out of the Harlem Renaissance, and is considered to be a masterpiece in American modernist literature because of its distinct structure and style. First published in 1923 and told through a series of vignettes, Cane uses poetry, prose, and play-like dialogue to create a window into the varied lives of African Americans living in the rural South and urban North during a time when Jim Crow laws pervaded and racism reigned. While critically acclaimed and known today as a pioneering text of the Harlem Renaissance, the book did not gain as much popularity as other works written during the period. Fellow Harlem Renaissance writer Langston Hughes believed Cane‘s lack of a wider readership was because it didn’t reinforce the stereotypes often associated with African Americans during the time, but portrayed them in an accurate and entirely human way, breaking the mold and laying the groundwork for how African Americans are depicted in literature.

“A breakthrough in prose and poetical writing…This book should be on all readers’ and writers’ desks and in their minds.” —Maya Angelou, New York Times bestselling author
“Narrators Bahni Turpin, Mirron Willis, and Lisa Reneé Pitts work together to create a vocal chorus that is equal to these vivid short stories written by one of the luminaries of the Harlem Renaissance. Listeners will be grateful for this talented cast, who capture the diverse characters in these narratives. From young women forced by necessity into prostitution and then childbirth to white employers who become intertwined in the lives of their help, the characters in this powerful collection still resonate. Willis lends his baritone to the judging, gossipy townspeople who feature prominently in many of the stories. Turpin and Pitts are as capable as ever in these female-centric works, which provide a sensory experience of African-American lives in the 1920s.” —AudioFile
“By far the most impressive product of the Negro Renaissance, Cane ranks with Richard Wright’s Native Son and Ralph Ellison’s Invisible Man as a measure of the Negro novelist’s highest achievement. Jean Toomer belongs to that first rank of writers who use words almost as a plastic medium, shaping new meanings from an original and highly personal style.” —Robert A. Bone, The Negro Novel in America

Jean Toomer (1894–1967) was an American poet and novelist, and an important figure of the Harlem Renaissance. He was born in Washington, DC. Literature was his first love and he regularly contributed avant garde poetry and short stories to such magazines as Dial, Broom, Secession, Double Dealer, and Little Review. After a literary apprenticeship in New York, Toomer taught school in rural Georgia. His experiences there led to the writing of his seminal novel, Cane.