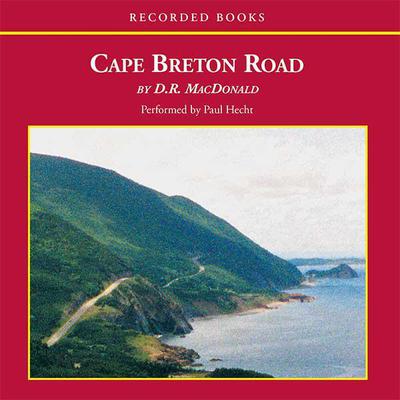 D.R. MacDonald, raised on Cape Breton Island, now teaches at Stanford University. His writing has won NEA grants, Pushcart Prizes, and other prestigious awards. This is the haunting story of Innis Corbett, a young man in trouble with the law, who is forced back to his birthplace on Cape Breton. Living with his uncle, he is pulled into a volatile and violent triangle when a bruised but beautiful woman comes to stay with them.

D. R. MacDonald was born in Cape Breton and grew up mostly in the United States. He has received two Pushcart Prizes, an Ingram Merrill Award, and an O. Henry Award for his short fiction. His first novel, Cape Breton Road, was called “a jewel of literary craftsmanship” by Scott Turow, a “book of heart-stopping beauty” by Alistair MacLeod, and became a national bestseller. His second novel, Lauchlin of the Bad Heart, was longlisted for the Giller Prize. MacDonald teaches at Stanford University and spends his summers in Nova Scotia.