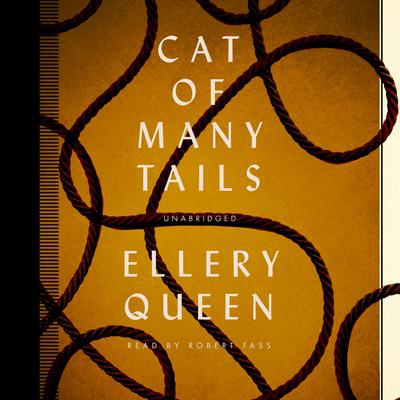 Cat of Many Tails

The silent rush of footsteps, the muffled shriek, the ever-tightening noose of exotic silk … the mark of the Cat. The Cat had claimed number nine.

The Cat had nine kills, but Ellery Queen found number ten alive and offered the victim temptingly to the killer. The trap was baited, and Ellery and the police poised for the strike that had to come. But the strangler struck elsewhere—and Queen's heart chilled at the thought of what he would find.

“Presents the puzzle-minded reader with a very pretty problem indeed…The actual protagonist of the novel, the City of New York, comes magnificently to life.” —New York Times
“The old master, nonplussed, even a little unnerved, by the nine unrelated deaths by strangulation which bear no clues, no common denominator, and no interidentity…A new territory—psychoanalytical—and a more than superior manhunt.” —Kirkus Reviews (starred review)