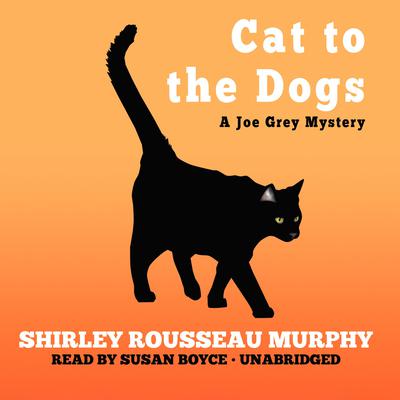 Cat to the Dogs

Ever since the earthquake, things have been going from bad to worse in Molena Point, usually the most tranquil little town on the North California coast. It started with that suspicious "accident" on Hellhag Hill. The police might write it off to the night fog, but Joe Grey knows a cut brake line when he sees it—he may be a cat, but he's already solved more murders than your average police detective! Then there's Clyde, Joe's erratic but loveable human. He thinks cats should stay out of police work (as if humans could handle it on their own!), and to make his point, he's locking Joe and his lady friend Dulcie out of the house when Officer Harper comes over to play poker. But Joe isn't about to give up the chase. Not until the "ghost" of Hellhag Hill is tracked down and brought to justice.

Shirley Rousseau Murphy is a noted children’s book author who has received several Dixie Council of Authors and Journalists Awards. She is also the author of the popular Joe Grey mystery series for adults, for which she has received nearly a dozen national Cat Writers’ Association Muse Medallions. She and her husband live in Carmel, California, where they serve as full-time household help for two demanding feline ladies.