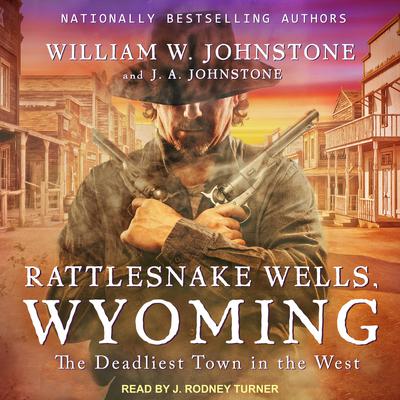 The first story in a fiery new series about the west's most dangerous boomtown, and the reformed outlaw who risks his life to keep it safe . . .

In the dark shadow of the Prophecy Mountains lies the ramshackle town of Rattlesnake Wells, where dreamers come to make their fortunes, and desperados come to die. The streets of this little settlement are slick with mud and stained with blood, and it will fall to Bob Hatfield to sweep them clean. The town marshal, Hatfield has a young man's face, but his eyes are those of a killer. He is a good man, but he has a secret that weighs on his soul.

In Texas, Hatfield was known as the Devil's River Kid, one of the most feared outlaws to ever ride the Lone Star State. He fled Texas after a showdown with a corrupt rancher turned bloody, and he vowed to start a new life on the right side of the law. But when some ghosts from Hatfield's past catch up to him, this gunslinging marshal will risk his life to protect the savage town known as Rattlesnake Wells.