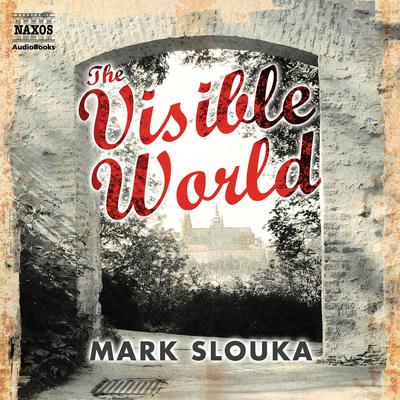 An immensely moving, powerfully romantic novel about the vagaries of love and the legacy of war, The Visible World is narrated by the American-born son of Czech immigrants. His New York childhood, lived in a boisterous community of the displaced, is suffused with stories: fragments of European history, Czech fairy tales, and family secrets gleaned from overheard conversations. Central in his young imagination is the heroic account of the seven Czech parachutists who, in 1942, assassinated a high-ranking Nazi. Yet one essential story has always evaded him: his mother's. He suspects she had a great wartime love, the loss of which bred a sadness that slowly engulfed her. As an adult, the narrator travels to Prague, hoping to piece together her hidden past.

Mark Slouka is the internationally recognized author of six books. Both his fiction and nonfiction have been translated into sixteen languages. His stories have twice been selected for inclusion in Best American Short Stories, and his essays have appeared three times for Best American Essays.