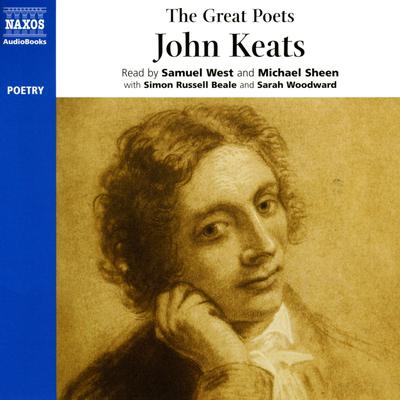 Although the great poet John Keats lived a short life, he produced a series of outstanding poems—many of which appeared first in letters to his sister. He was largely unappreciated during his lifetime and died in Rome at the age of twenty-six. Most of his 150 poems were written in just nine extraordinary months in 1819.

This selection contains some of his finest works: the principal Odes, La Belle Dame Sans Merci, Old Meg, and Much Have I Travelled.

“The elegant cadences of Keats’ poems are artistically performed by a quartet of actors…All the performers have well-trained, pleasing voices and give superb interpretations of these famous poetic lines.” —AudioFile

John Keats (1795–1821) was an English romantic poet. Along with Lord Byron and Percy Bysshe Shelley, he was one of the key figures in the second generation of the romantic movement, despite the fact that his work had been in publication for only four years before his death. During his life, his poems were not generally well received by critics; however, after his death, his reputation grew to the extent that by the end of the nineteenth century he had become one of the most beloved of all English poets. He has had a significant influence on a diverse range of later poets and writers. His poetry is characterized by sensual imagery, most notably in the series of odes. Today his poems and letters are some of the most popularly read and analyzed.