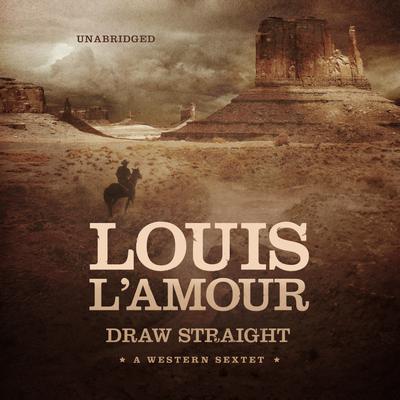 This collection of six exciting Western stories from early in Louis L’Amour’s career begins with “Fork Your Own Broncs,” in which Mac Marcy, who had saved for seven years to run his own small cattle ranch, sees his dream come true, only to have it threatened by Jingle Bob Kenyon.

In “Keep Travelin’, Rider,” Tack Gentry returns to Sunbonnet and his uncle’s G Bar Ranch only to find that his uncle, a Quaker, has been killed in a gunfight. A faction has moved in and run roughshod over the town and the ranches, including the G Bar.

In “McQueen of the Tumbling K,” ranch foreman Ward McQueen looks out for his boss, Ruth Kermitt. When Jim Yount shows up at the Tumbling K looking to buy cattle to stock worthless land he won in a poker game, McQueen can’t help but question his true intentions.

In “Four Card Draw,” Allen Ring wins the Red Rock Ranch in a poker game, but he soon finds that he has stepped into a hotbed of fear and danger; several years back, Sam Hazlitt was killed on the Red Rock, and his record book—which could discredit many of the ranchers—went missing.

In “Mistakes Can Kill You,” Johnny O’Day had accounted for six dead men by the time he turned seventeen. Close to death from pneumonia, he’s taken in by the Redlins. O’Day pays the family back by staying on and working, but now he must decide whether to leave or risk his life to save their biological son, Sam.

In “Showdown on the Tumbling T,” after two years in Mexico, Wat Bell runs into his cousin, whom he considers his best friend, only to learn he’s been blamed for the death of their uncle. Although his cousin offers to help, a series of events makes Bell suspect something much more sinister is going on.