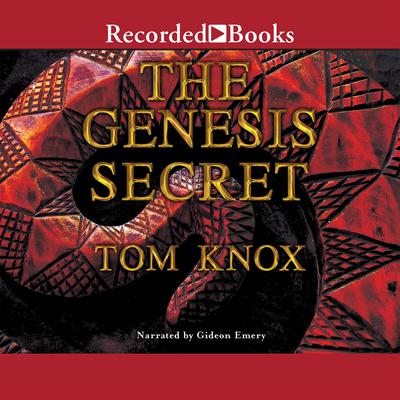 In this epic thriller by popular British journalist and author Tom Knox, a secret lurks beneath blazing sands-triggering ritualistic slaughter and threatening the foun-dations of modern thought. When an archaeological dig in Kurdistan unearths a structure far older than Stonehenge or the Great Pyramids, British reporter Rob Lutrell rushes to the scene. But this intriguing assignment takes a turn for the worse when sabotage and murder cast a frightening shadow over the site.

“A well-paced debut.” —Publishers Weekly
“Steeped in both blood and history and keeps up a scorching pace from start to finish.” —Northern Echo

Tom Knox is the pseudonym of British writer and journalist Sean Thomas. Born in Devon, England, he studied philosophy at University College London. He is the author of The Genesis Secret, The Marks of Cain, Bible of the Dead, and The Babylon Rite. He also wrote a memoir under his own name, Millions of Women are Waiting to Meet You, in 2006; it became a bestseller and was translated into eight languages.