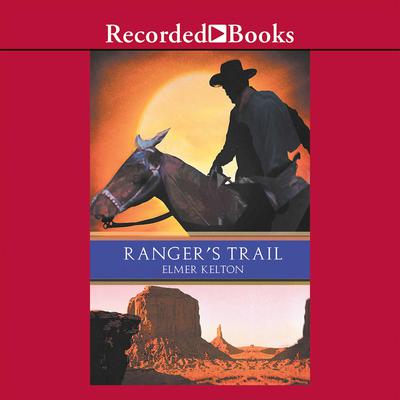 Seven-time Spur Award winner Elmer Kelton is a brilliant chronicler of the Wild West. Ranger's Trail takes listeners back to 1874 for a rousing tale of the legendary Texas Rangers. The Rangers are reorganizing, and they badly want Rusty Shannon to re-enlist. But Rusty has plans for a quiet, married life. Then a terrible tragedy destroys his world, and sends him down the treacherous trail of revenge. ". a master storyteller who offers more than just blood and gunsmoke. The right blend of action, drama, romance, humor and suspense makes this a handsome addition to his ongoing saga of the Old West."-Publishers Weekly, starred review

Elmer Kelton (1926–2009) was an award-winning author of more than forty novels. He won seven Spur Awards from Western Writers of America and four Western Heritage Awards from the National Cowboy Hall of Fame. He was also the recipient of the Owen Wister Lifetime Achievement award. His novel The Good Old Boys was made into a television film starring Tommy Lee Jones. He also wrote sixteen works of nonfiction. He grew up on a ranch near Crane, Texas, served in the infantry in World War II, and earned a journalism degree from the University of Texas. His first novel, Hot Iron, was published in 1956. In addition to his novels, he worked as an agricultural journalist for forty-two years.