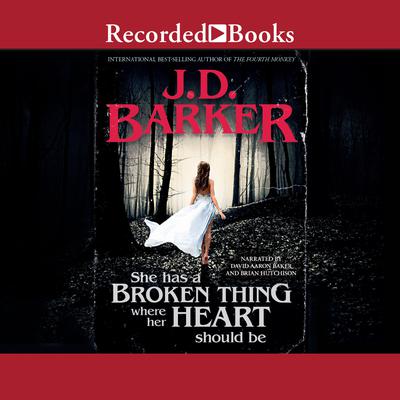 She Has a Broken Thing Where Her Heart Should Be

A haunting tale of suspense, rendered with the masterful skill only Barker could muster

After the loss of his parents, young Jack Thatch first met Stella as a child—this cryptic little girl of eight with dark hair and darker eyes, sitting alone on a bench in the cemetery clutching her favorite book. Gone moments later, the brief encounter would spark an obsession. She’d creep into his thoughts, his every waking moment, until he finally finds her again exactly one year later, sitting upon the same bench, only to disappear again soon after.

The body of a man found in an alley, every inch of his flesh horribly burned, yet his clothing completely untouched. For Detective Faustino Brier, this wasn’t the first, and he knew it wouldn’t be the last. It was no different from the others. He’d find another just like it one year from today. August 9, to be exact.

Isolated and locked away from the world in a shadowy lab, a little boy known only as Subject “D” waits, grows, learns. He is permitted to speak to no one. He has never known the touch of another. Harboring a power so horrific, those in control will never allow him beyond their walls.

All of them linked in ways unimaginable.

“Complex, suspenseful…At times the momentum slows to allow for the intricate backstory to be carefully unwound, but the stakes are consistently high and the quiet emotional moments allow for readers to invest deeply in Jack and Stella’s troubled love. Barker’s twisty, romantic tale is sure to please.” —Publishers Weekly

J. D. Barker is the award-winning author of numerous novels, including Dracul and The Fourth Monkey. He also writes in collaboration with James Patterson. His novels have been translated into two dozen languages and optioned for both film and television