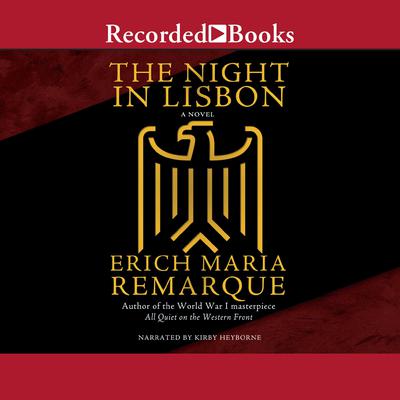 The Night in Lisbon

History and fate collide as the Nazis rise to power in The Night in Lisbon, a classic tale of survival from the renowned author of All Quiet on the Western Front. With the world slowly sliding into war, it is crucial that enemies of the Reich flee Europe at once. But so many routes are closed, and so much money is needed. Then one night in Lisbon, as a poor young refugee gazes hungrily at a boat bound for America, a stranger approaches him with two tickets and a story to tell. It is a harrowing tale of bravery and butchery, daring and death, in which the price of love is beyond measure and the legacy of evil is infinite. As the refugee listens spellbound to the desperate teller, in a matter of hours the two form a unique and unshakable bond-one that will last all their lives. "The world has a great writer in Erich Maria Remarque. He is a craftsman of unquestionably first rank, a man who can bend language to his will. Whether he writes of men or of inanimate nature, his touch is sensitive, firm, and sure."-The New York Times Book Review

Erich Maria Remarque (1898–1970) was born in Osnabrück, Germany, of French ancestry. He studied at the University of Münster but had to enlist in the German army at the age of eighteen. He fought on the Western Front and was wounded several times. He began his writing career as a journalist. Fame came with his first novel, All Quiet on the Western Front (1929), which sold more than a million copies in its first year. He left Germany in 1932 because of Nazism, came to the United States in 1939, and became a US citizen in 1947.