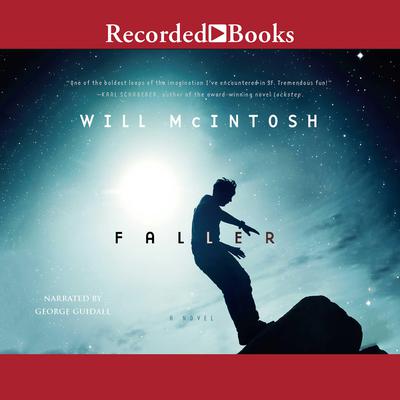 By Will McIntosh
Read by George Guidall

Day One No one can remember anything--who they are, family and friends, or even how to read. Reality has fragmented and Earth consists of an islands of rock floating in an endless sky. Food, water, electricity--gone, except for what people can find, and they can't find much. Faller's pockets contain tantalizing clues: a photo of himself and a woman he can't remember, a toy solider with a parachute, and a mysterious map drawn in blood. With only these materials as a guide, he makes a leap of faith from the edge of the world to find the woman and set things right. He encounters other floating islands, impossible replicas of himself and others, and learns that one man hates him enough to take revenge for actions Faller can't even remember.