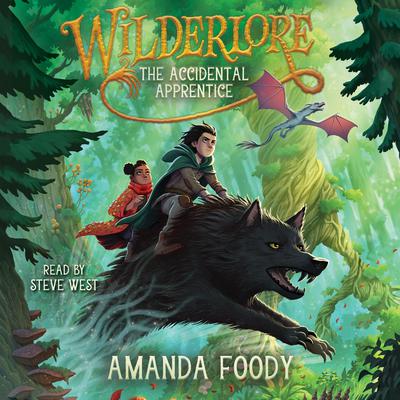 A boy who accidentally bonds with a magical Beast must set off on an adventure in the mysterious Woods in this whimsical and cheeky middle grade fantasy debut—perfect for fans of Nevermoor and How to Train Your Dragon.

The last thing Barclay Thorne ever wanted was an adventure.

Thankfully, as an apprentice to the town’s mushroom farmer, Barclay need only work hard and follow the rules to one day become the head mushroom farmer himself. No danger required. But then Barclay accidentally breaks his town’s most sacred rule: never ever EVER stray into the Woods, for within the Woods lurk vicious magical Beasts.

To Barclay’s horror, he faces a fate far worse than being eaten: he unwittingly bonds with a Beast and is run out of town by an angry mob. Determined to break this bond and return home, Barclay journeys to find the mysterious town of Lore Keepers, people who have also bonded with Beasts and share their powers.

But after making new friends, entering a dangerous apprenticeship exam, and even facing the legendary Beast of the Woods, Barclay must make a difficult choice: return to the home and rules he’s always known, or embrace the adventure awaiting him.

“The worldbuilding calls forth the atmosphere of classic fantasy worlds while invoking fun and whimsy…Barclay’s journey reignites the wonder and discovery of childhood, culminating in a warm and sincere message about embracing who you are. Wholesome, delightful, and jam-packed with adventure.” —Kirkus Reviews (starred review)
“The plot carefully builds in complexity, driven equally by well-integrated, inventive worldbuilding and evolving character dynamics…Interweaving whimsicality with harsh realities, Foody’s middle grade debut introduces a richly realized fantasy world, populated by monsters both magnificently unknowable and all too human. A deeply immersive and auspicious series starter.” —Publishers Weekly (starred review)

Amana Foody is a New York Times and indie bestselling author of young-adult and children’s fantasy novels, including the Wilderlore series, the All of Us Villains duology, the Shadow Game series, and more. Visit her at AmandaFoody.com or on Instagram @AmandaFoody.