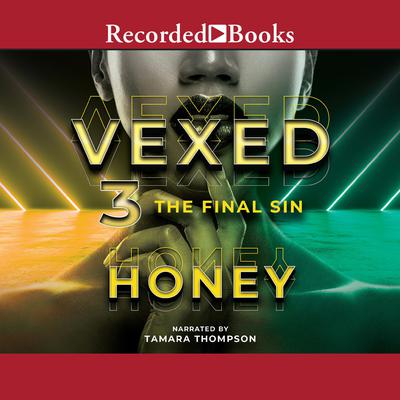 In the third installment of the King Family series, Jay is still in prison with severely declining health, she is bitter and nursing a vengeful heart. Instead of accepting responsibility for her sins and seeking God's forgiveness again, she plots how to inflict pain on those who she believes have done her wrong. Taking a page right out of Satan's playbook, she makes her move on an unlikely ally, the weakest soul in the family, the child she never wanted and refused to accept until now. Driven by lies and pure deception, Nahima, almost sweet 16, is on the fast track to self-destruction. The frequent letters and jailhouse phone calls from Jay only fuel her anger. The radical teenager lashes out at those who truly love her and are concerned about her well-being, including her mother, Venus. Even her innocent baby brother, Jalen, is a victim of her wrath. Nahima is romantically involved with a much older man named Santana, who has introduced her to a world of sex, drugs, and manipulation. God seems to have turned a deaf ear to Aunt Jackie's desperate prayers on behalf of her wayward great-niece, but Uncle Zach prefers the no-nonsense approach of tough love and forced accountability. With Jay inside her head, Nahima is about to make the biggest mistake of her life, unless someone steps in to save her from herself. Is it too late to pull her back to safety and serve her a healthy dose of reality? Who will save her from the sins of her mother?