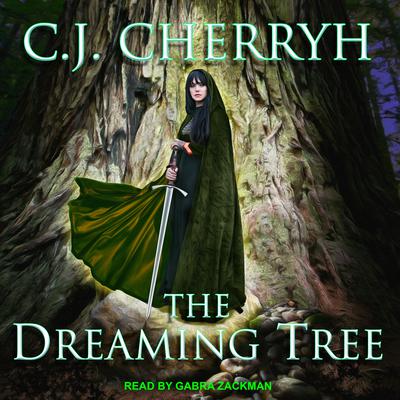 The classic fantasy duology, combining The Dreamstone and The Tree of Swords and Jewels in an omnibus for the first time

It was that transitional time of the world, when man first brought the clang of iron and the reek of smoke to the lands which before had echoed only with fairy voices. In that dawn of man and death of magic there yet remained one last untouched place—the small forest of Ealdwood—which kept the magic intact, and protected the old ways. And there was one who dwelt there, Arafel the Sidhe, who had more pride and love of the world as it used to be than any of her kind.

But fear of the world of Faery ran deep in the hearts of men, and when Ciaran Cuilean, Lord of Caer Wiell, a man with Elvish blood in his veins, found himself the object of increasing distrust and suspicion from his men, his king, and even his own family, he knew he must once again put his humanity aside and return to Ealdwood.

For shadows of a newly awakened evil swarmed across both lands, and unless Ciaran reclaimed his haunted weapons from the Tree of Swords and joined Arafel, he would see this evil overtake not only the warm hearthstones of the mortal keeps, but the silvery heart of Ealdwood itself . . .

C. J. Cherryh planned to write since the age of ten. When she was older, she learned to use a typewriter while triple-majoring in Classics, Latin, and Greek. With more than seventy books to her credit, and the winner of three Hugo Awards, she is one of the most prolific and highly respected authors in the science fiction field. Cherryh has been named a Damon Knight Memorial Grand Master by the Science Fiction Writers of America.